Copper oxides can further react with other chemicals to produce a substance known as verdigris. This is often the result of copper weathering in the presence of sea water.

Verdigris is the common name for a green pigment obtained through the application of acetic acid to copper plates or the natural patina formed when copper, brass or bronze is weathered and exposed to air or seawater over a period of time. It is usually a basic copper carbonate, but near the sea will be a basic copper chloride. If acetic acid is present at the time of weathering, it may consist of copper(II) acetate. It is this set of reactions that gives the Statue of Liberty its green colour.

When copper oxidises, it forms a thin impermeable layer that forms a protective surface. 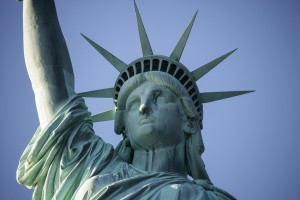 This thin film acts to prevent further corrosion. In low oxygen environments, such as stagnant water, this protective film cannot form but without it, copper is susceptible to other forms of corrosion such as galvanic effects and chemical attack from such things as sulphates and carbonates.

Stainless steel braid is a brand name of our parent company Tranect Ltd.

For details of our range of Copper Braid products including, earth straps, earth bonds and specialist braids for electrical earthing and power connection applications.

For details of our range of flexible copper busbars for Transformer, Switchgear and Busbar applications

Some of our Customers

This website uses cookies to improve your experience while you navigate through the website. Out of these cookies, the cookies that are categorized as necessary are stored on your browser as they are essential for the working of basic functionalities of the website. We also use third-party cookies that help us analyze and understand how you use this website. These cookies will be stored in your browser only with your consent. You also have the option to opt-out of these cookies. But opting out of some of these cookies may have an effect on your browsing experience.
Necessary Always Enabled
Necessary cookies are absolutely essential for the website to function properly. This category only includes cookies that ensures basic functionalities and security features of the website. These cookies do not store any personal information.
Non-necessary
Any cookies that may not be particularly necessary for the website to function and is used specifically to collect user personal data via analytics, ads, other embedded contents are termed as non-necessary cookies. It is mandatory to procure user consent prior to running these cookies on your website.
SAVE & ACCEPT