Very few metals are found naturally in their elemental form. Instead, most metals react with other elements to form compounds. We have to extract and refine these metals to produce the useful elemental forms that we recognise and exhibit the properties we value. Because these metals are so reactive, as soon as they are exposed to the atmosphere they will begin to revert to their natural state as a compound with other elements.

Most of these compounds are oxides. Iron for example exists as sixteen known iron oxides and oxyhydroxides. The most well known of these iron oxides, iron (III) oxide, is more commonly known as rust. 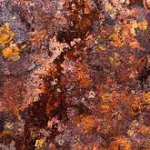 There are different forms of rust, such as the result of the reaction of iron and chlorine in an environment deprived of oxygen, such as rebar used in underwater concrete pillars, which generates green rust.
Iron corroding in water gives rust. Rust consists of hydrated iron(III) oxides Fe2O3·nH2O and iron(III) oxide-hydroxide (FeO(OH), Fe(OH)3).

Iron is not the only material subject to attack from the environment. Copper will react with oxygen

Stainless steel braid is a brand name of our parent company Tranect Ltd.

For details of our range of Copper Braid products including, earth straps, earth bonds and specialist braids for electrical earthing and power connection applications.

For details of our range of flexible copper busbars for Transformer, Switchgear and Busbar applications

Some of our Customers

This website uses cookies to improve your experience while you navigate through the website. Out of these cookies, the cookies that are categorized as necessary are stored on your browser as they are essential for the working of basic functionalities of the website. We also use third-party cookies that help us analyze and understand how you use this website. These cookies will be stored in your browser only with your consent. You also have the option to opt-out of these cookies. But opting out of some of these cookies may have an effect on your browsing experience.
Necessary Always Enabled
Necessary cookies are absolutely essential for the website to function properly. This category only includes cookies that ensures basic functionalities and security features of the website. These cookies do not store any personal information.
Non-necessary
Any cookies that may not be particularly necessary for the website to function and is used specifically to collect user personal data via analytics, ads, other embedded contents are termed as non-necessary cookies. It is mandatory to procure user consent prior to running these cookies on your website.
SAVE & ACCEPT